Having sex less frequently is linked to earlier menopause, according to a new study published in the journal Royal Society Open Science. Which is good or bad news, I guess, depending on how you feel about either sex or menopause.

lkeeney
reply
This headline made me laugh
Apex, North Carolina

lkeeney
reply
“Now let’s please get on with the business of seeing if a woman can actually save us from our shitty stepdad of a president.”
Apex, North Carolina

lmoffeit
I hope this takes bernie's supporters down a bit, though I'd rather have him than our current one!

Man With Baby Bangs Grilled by Congress on Everything Except His Baby Bangs by Esther Wang
Wednesday October 23rd, 2019 at 8:43 PM

I’m worried my coworkers’ food handling is going to make someone seriously ill by Ask a Manager
Thursday October 17th, 2019 at 6:18 PM

It’s the Thursday “ask the readers” question. A reader writes:

I am about four months into a new job, and my coworkers have been very nice and easy to work with. However, I am very concerned about the way that they manage food safety. We are going to have a potluck soon and I don’t think I can bring myself to eat anything after witnessing various food-safety related incidents. They also have a tendency to frequently offer leftovers to other departments and guests in our office park, which is making me increasingly worried an unassuming person could get sick.

1. About three weeks into my new job, someone brought a meat/cheese platter to an all-staff meeting. The meeting was postponed to later in the day, so someone left the platter in the conference room for four hours. Then, during the meeting people passed around and ate the visibly sweating and warm meat and cheese. I politely declined each time it was passed to me on account that I had just eaten lunch and I am a vegetarian, but they kept offering the cheese.

2. We had an off-site meeting that had catered sandwiches delivered at 11:30 am. There were a bunch of leftovers but no way for them to be refrigerated. When the meeting ended at 4, I went to throw them away, but my director stopped me. I said they were not safe to eat anymore because we wouldn’t return to the office until 7 pm. He insisted that someone take them to not waste them and ended up dispersing them to other staff and interns. Some of those sandwiches and salads were brought back to the office the next day and shared with other departments.

3. Another higher-up placed raw chicken on the countertops of a break room that is shared with many different companies in my office park. She wiped the juices up with a dry paper towel.

4. Someone brought bagels and cream cheese, and the cream cheese was left out for eight hours a day for three days.

5. When traveling, people left their leftovers in the hot car for five hours and then ate them later in the day.

I am absolutely appalled by the lack of awareness of food safety amongst my peers. I’ve tried politely sharing what I know (I have a ServSafe Manager Certification from a past job), but they laugh it off or argue that food shouldn’t be wasted. I don’t feel comfortable accepting any perishables or honestly unpackaged food based on the incidents I have witnessed.

Aside from being seriously concerned that someone could get seriously ill, between being the only person who declined to participate in an office weight loss challenge (*sigh*) and refusing food offerings, I’m starting to feel like I am alienating myself as a new staff member, or coming across as someone with very weird food behaviors. I’ve even caught myself humoring the idea of scheduling a doctor’s appointment during the potluck so I don’t have to deal with it. I truly have no idea how to handle this.

I’m worried my coworkers’ food handling is going to make someone seriously ill was originally published by Alison Green on Ask a Manager.

lkeeney
reply
I feel like this is more common than it should be!
Apex, North Carolina

Parents Accused of Abandoning Their 9-Year-Old Child Say She Was Actually a Fully-Grown, Mentally Unwell Adult by Lauren Evans
Tuesday September 24th, 2019 at 9:30 AM

Perhaps you’re familiar with the positively blood-freezing horror movie Orphan, in which (SPOILER!) a mysterious 9-year-old adopted by a well-meaning family turns out to be a murderous 33-year-old? Just a movie, you say? Not so, says the Daily Mail, which brings us a similarly fucking terrifying tale of a mentally…

lmoffeit
That is a crazy story! I read the Daily Mail article and I still don't know if she's a child or an adult!

lkeeney
I couldn’t tell either!!

For Fat Cats, The Struggle Is Real When It Comes To Losing Weight And Keeping It Off by Robbie Harris
Saturday September 21st, 2019 at 3:30 PM 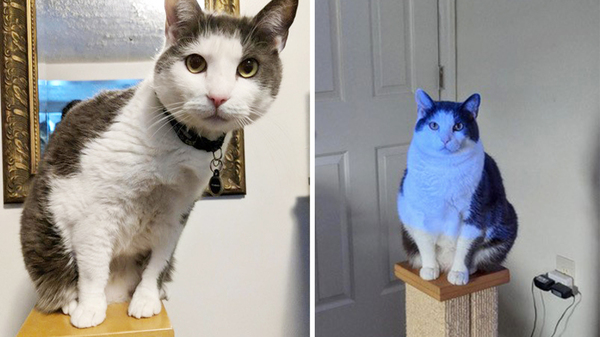 It's estimated that more than half of the indoor cats in the U.S. are overweight. Now researchers are looking for new ways to help felines slim down.

This headline made me laugh
Apex, North Carolina